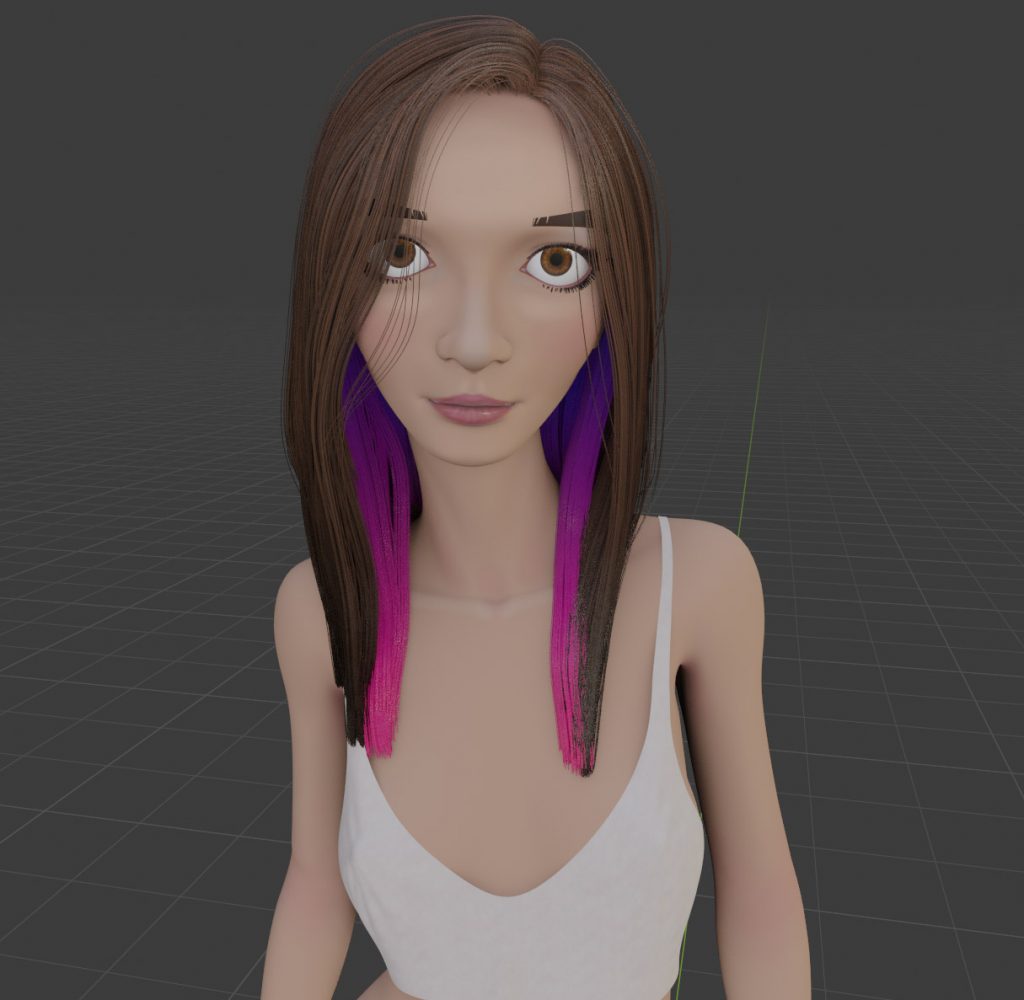 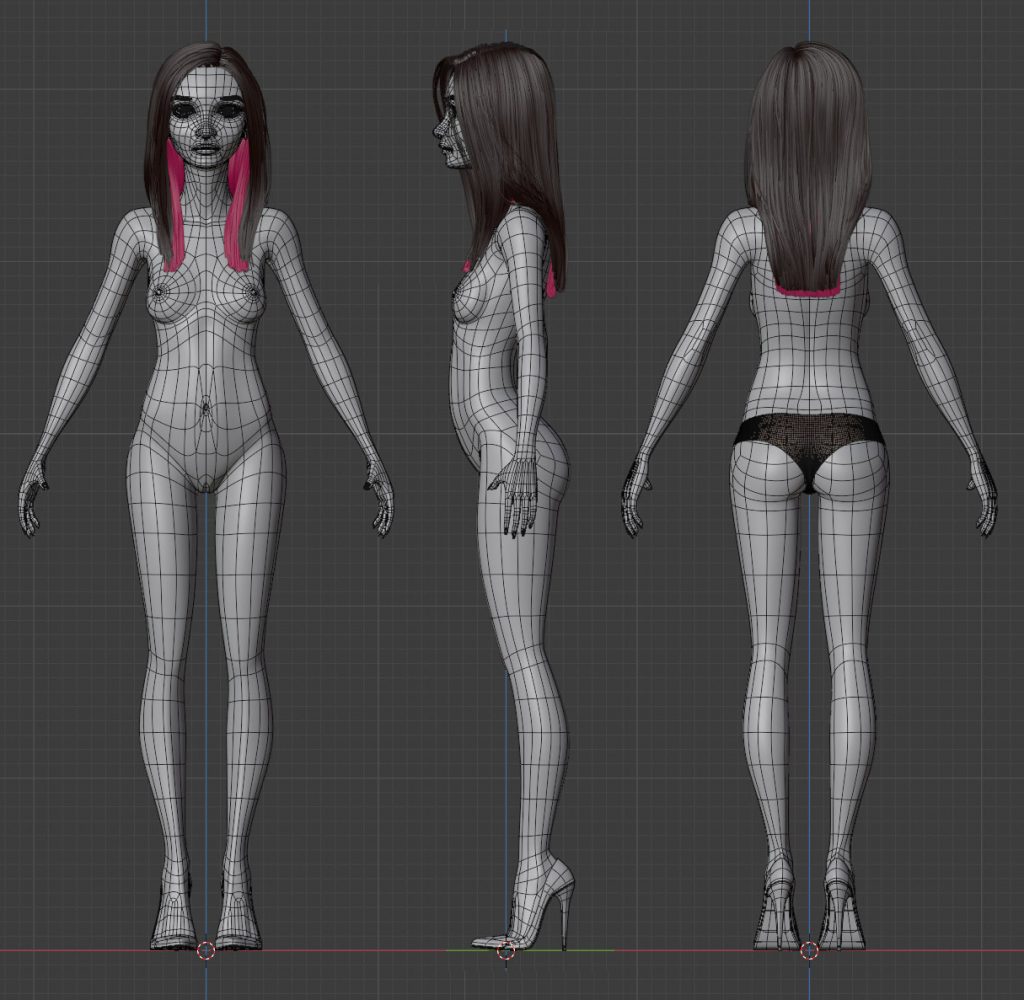 I have been messing with a 3D program for about a year now. All I had done were some hard modeling projects, but back in Nov 2020, I decided to try an actual character. It took quite a bit of failing before I got through each of the steps needed to arrive here. I built probably 10 versions of the base mesh (the wireframe you see in the third pic) of the body. Then I struggled with multiple versions of the hair. Then I struggled with the clothes. Then I struggled with the rigging and posing. Each of these steps meant trashing what I did and starting over until I got what I thought were reasonable results.
I still have a LOT more to practice and learn, but I felt at least good enough about this character to put her up on the site.
I’ll keep working on characters, but I have some other projects I’m working on for now.