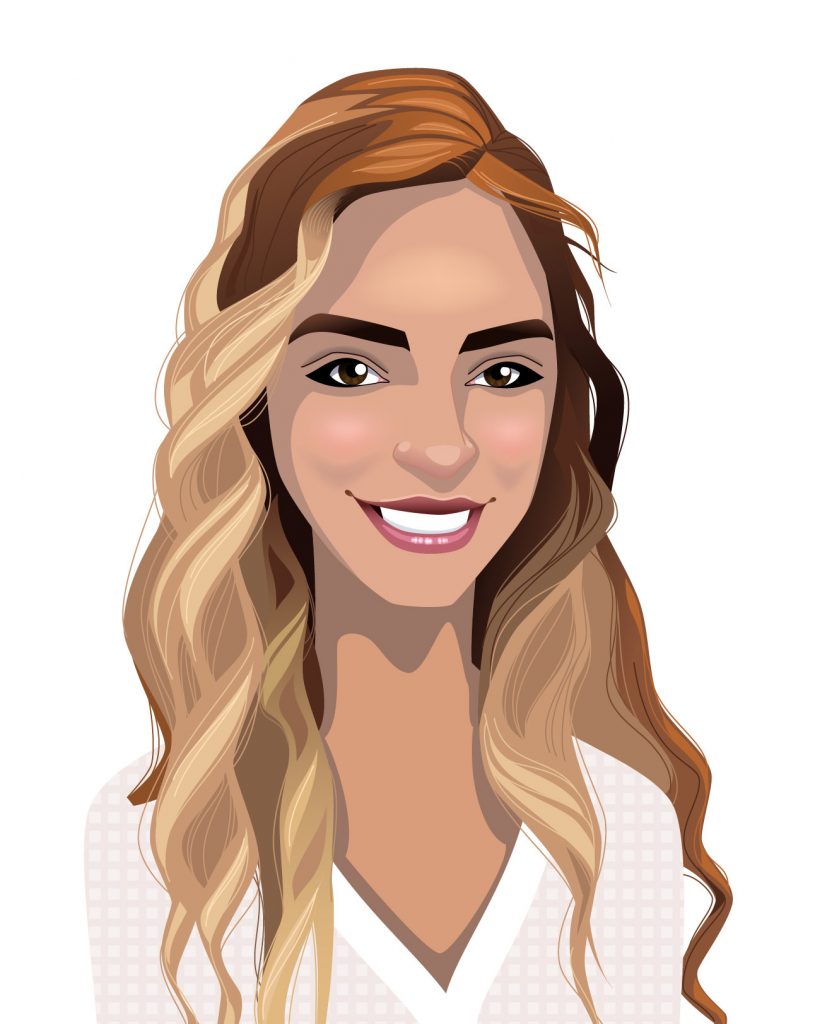 New caricature I did. I’ve done caricatures for work for a long time, and when I first started, I mimicked the style I had used for the comic strip- simpler faces, flat color, and black linework.
I did this for style consistency, and time, reasons. Time mainly because, as a freelance artist, I needed to get these done in a reasonable amount of time for a client.

But I was just thinking the other day that I’m no longer under those constraints. I’m here at the office full time, I could take all the time I wanted between other projects and revamp the style to be more detailed.

I had done this girl’s caricature when she first started at work, based on a picture I took. But as I’ve gotten to know her more, I thought I hadn’t really captured her. So I redid the pencil, but then had the thoughts about a more detailed render. This is what I came up with. Her hair, being kind of kinky/curly, and having both the blond and reddish brown, turned out to be more of a chore than I had originally thought, but it came out well.