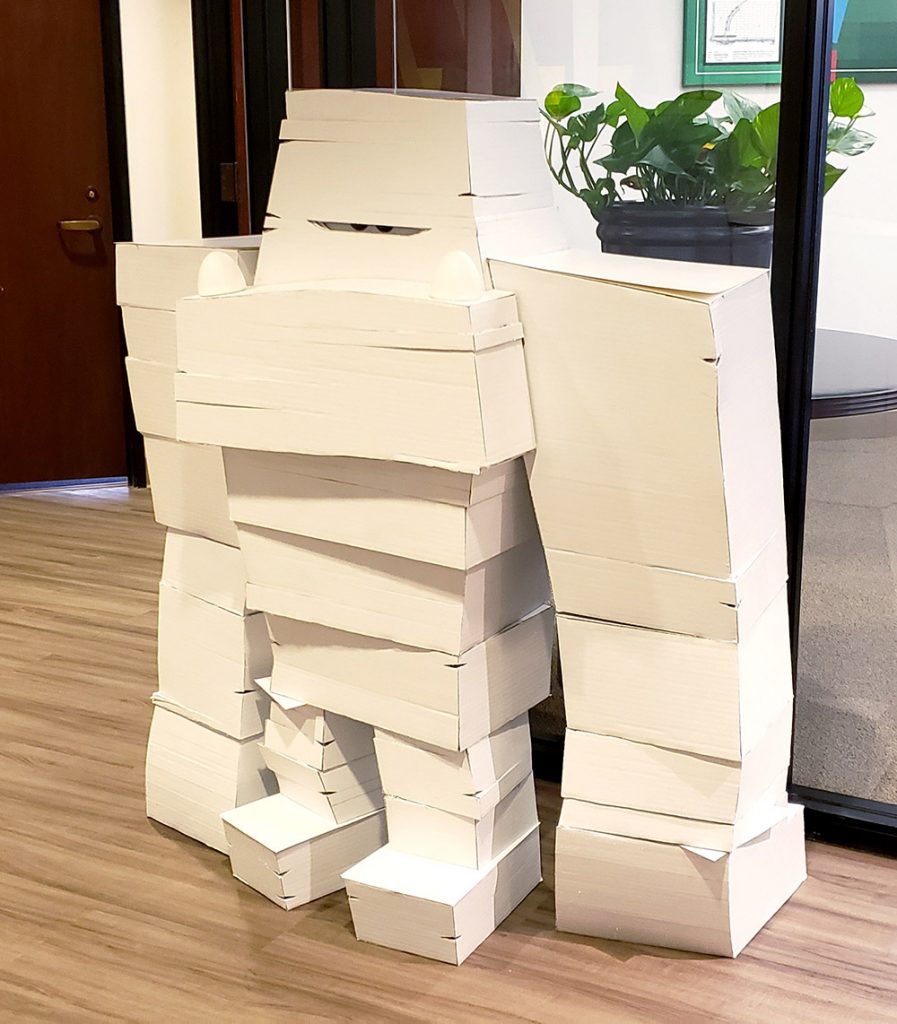 So this is the character I designed back in 2006 for Fish IP Law. Bob Fish had the idea to do a comic strip about the patent world, and wanted a “patent beast”. I originally drew a series of ideas, but the one that stuck was basically a big pile of papers. He is supposed to be slow, dimwitted… basically a nightmare bureaucracy for anyone who wants to get a patent.
The character lived as strictly 2D for 11 years. (below left) But after starting full time, I had one of the laywers ask if I could do 3D modeling. I didn’t, but I had just heard about a program called Blender- powerful, open-source, and, most to my liking- Free! So I downloaded it and the first thing I built was a model of the patent beast. (below right) A year later, I was in the lobby and thinking: man, it would be so cool to have a 7 foot tall beast here in the lobby.
Well, my boss (turns out he was right) thought maybe a 4 foot tall version would be better, so he gave me the ok to work from home for a few weeks and build it.

He’s made out of cardboard that I got from U-Haul. I took the measurements from the 3D model I built with blender, and then cut and glued this sucker together. I have to admit I was tired of it after the first week, but it’s pretty cool seeing him sitting in the lobby at work! 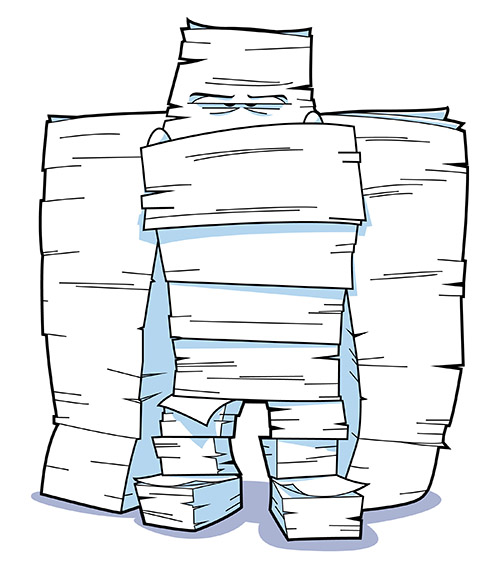 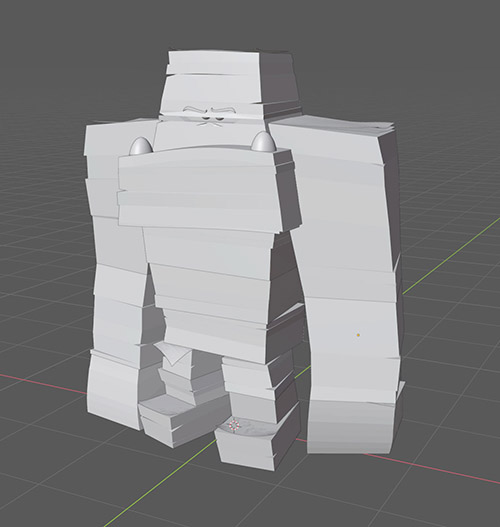